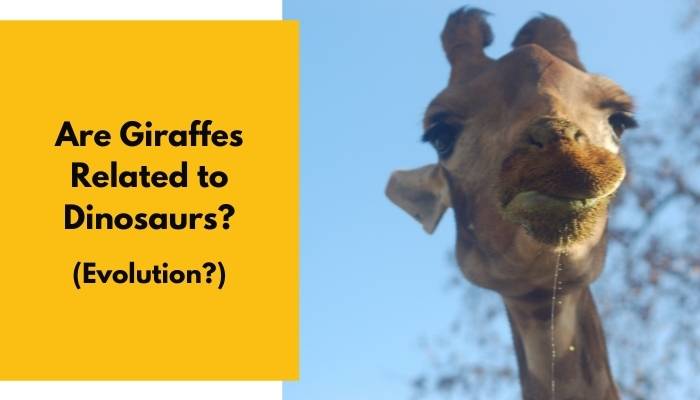 Giraffes are one of a kind of animal in the wild due to their towering height. Their long necks and massive bodies make them stand out from all the animals in vast grasslands and open savannas. For this reason, it’s no wonder why many people think they’re closely related to massive animals millions of years ago – dinosaurs. Thus, you may ask:

Giraffes and dinosaurs lived in timelines far from each other. Thus, despite their similarities, they can’t be related to each other.

This article will cover all the things you need to know about giraffes and why they aren’t related to dinosaurs. This way, you can answer your question while learning more about the life and origin of giraffes.

Are giraffes descended from dinosaurs?

Although not proven, many scientists believed that giraffes came from an animal that looked like the Okapi.

This animal has species scattered across Africa, and it lived in the forest of central Africa.

Moreover, giraffes likely lived 6 million years ago up to now. While it’s already quite some time, it’s still not close to any dinosaur’s timeline.

In general, dinosaurs became extinct 65 million years ago. Thus, it’s quite a long period to assume that giraffes descended from them.

Now, if there’s any closest living relative to dinosaurs on this point, that would be the reptiles. Dinosaurs belong to the reptiles, which means their family may include crocodiles, snakes, turtles, and lizards.

Still, among all the living reptiles, the crocodiles are likely the closest living descendant of dinosaurs.

Are giraffes related to Brachiosaurus?

Brachiosaurus is a kind of dinosaur similar to giraffes in terms of its long neck. For this reason, many people presume that giraffes descended from them. However, that’s not true.

Like all other dinosaurs, Brachiosaurus is also a reptile, which means it differs in giraffes in many ways. Moreover, giraffes and dinosaurs lived in timelines which are far from each other.

In short, when giraffes began to exist, the Brachiosaurus is already extinct. Thus, giraffes can’t be related to a brachiosaurus.

Since giraffes indeed came from an ancestor, they likely lived 80 million years ago, and it’s still far from a dinosaur’s existence.

Are giraffes related to brontosaurus?

Brontosaurus is another dinosaur with a long neck similar to giraffes. However, they are not related to each other as well.

Of course, both animals might be related, but only in the sense that any animal would go back to these dinosaurs as their origin.

In short, the similarity of both giraffes and sauropods like brontosaurus is what we call convergent evolution.

It only means that animals of different species can have the same features to adapt to the environment.

For instance, the long necks of giraffes and brontosaurus have a similar function: reaching for food in tall trees.

Which dinosaur had a giraffe-like neck?

Many dinosaurs had a giraffe-like neck, and these dinosaurs belong to the family of sauropods.

Sauropods are dinosaurs that belong to the subgroup sauropods. You can notice them by their massive size, long necks, and long tails. They also have massive four legs.

Despite their size, they survive through a herbivorous diet. In short, these dinosaurs don’t kill and hunt other animals for food.

Among the sauropod dinosaurs are the Brachiosaurus and brontosaurus, which we discussed earlier.

Another dinosaur with a giraffe-like neck is a Giraffatitan, and it’s also a sauropod. This dinosaur has a build similar to a giraffe. It has long forelimbs and that famous long neck.

Did giraffes and dinosaurs live at the same time?

No, giraffes and dinosaurs did not live at the same time.

Sauropods lived around 150 million years ago, and they have the same long necks as that giraffes.

On the other hand, giraffes are believed to live around 8 million years ago.

As I said earlier, the similarity of both giraffes and dinosaurs like sauropods is what we call convergent evolution.

It only means that animals of different species can have the same features to adapt to the environment.

For instance, the long necks of giraffes and brontosaurus have a similar function: reaching for food in tall trees.

In short, having long necks don’t mean they come from similar species. Both giraffes and dinosaurs didn’t have the same ancestors. Moreover, they didn’t live in the same timeline.

While both animals do have the same long necks, it doesn’t mean they are related. Giraffes didn’t come from dinosaurs like sauropods. They likely evolved and had long necks because it’s what their environment required them to have to survive. 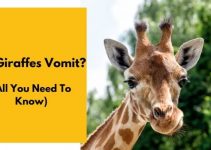 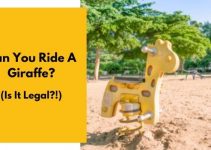 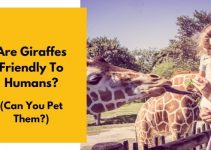