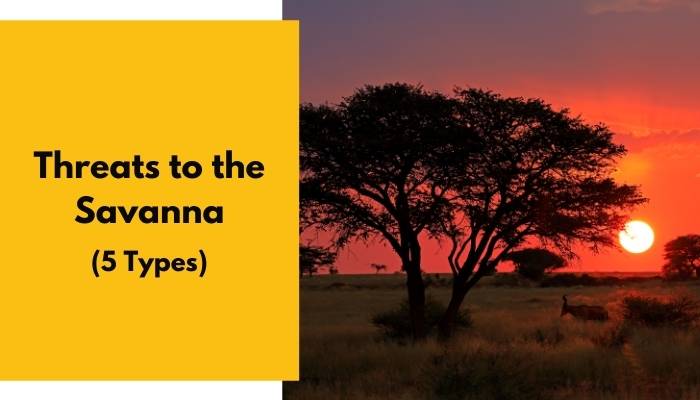 A Savanna is the kind of biome that only allows a few living species to survive due to its challenging conditions. The frustrating thing is that it still gets threatened due to so many factors. Since it’s a complicated environment, you may be wondering about the threats that it gets.

What are the threats to the Savanna? In general, Savannas suffer from five problems that threaten their condition. The five threats to Savanna are heavy grazing, climate change, human actions, exotic plant effects, and carbon emissions.

Savannas are of great value because it provides the perfect environment for the animals that naturally live in it. Moreover, it gives a whole load of benefits to the earth. Thus, it can be pretty alarming to realize it gets threatened every day by many things.

In this article, we’ll walk you through each of the five threats. This way, you can understand the devastating effects and the possible solution to end such.

Grazing is quite a regular activity in Savannas, and it shouldn’t cause much of a threat. However, it will only go as far as the inhabitant animals only do so.

The main threat in this matter is the overgrazing of other animals that humans put in Savannas.

The thing about this biome is that it has fewer trees and lesser grass for grazing. In short, its resources are enough only for its animal inhabitants.

Yet, it’s where humans tend to bring their animals, making the place a crowded one. It’s also made all food insufficient, forcing its inhabitants to leave and upsetting the natural order.

Of course, the inhabitants of Savannas have access to it, and they can naturally graze on it. However, other animals add up to it, making the Savanna an overwhelmed place since it lacks the other biomes’ plentiful resources.

Such a threat affects the Savanna by making drought periods worse. Since this period is a normal one for this biome, it becomes a threat that can lead to its destruction.

In general, such a threat can change Savanna’s edible grasslands to inedible ones. The areas with light grazing retain the quality of grass for animals.

However, the areas where the grass gets wiped out due to overgrazing tend to reduce the quality. As a result, such grasses become inedible over time.

The solution to this problem, as experts suggest, is grazing management. Such a solution will reduce the devastating effects and might preserve the quality of the grass for grazing.

This problem is quite a threat to Savannas and indeed the same to other biomes. However, the Savanna is one of the most affected by it.

Due to small amounts of greens, this biome gets exposed to too much heat and drought. With climate change, such periods grow worse over time.

Savannas also suffer from desertification due to climate change. It’s an effect caused by other factors as well.

The name itself destroys the biome, turning into a dead land, a desert where no plants and animals can survive.

The solution to this threat is to plant drought-resistant plants. Such plants can have the ability to prevent shifting dunes by stabilizing them. Moreover, it can also initiate the growth of other vegetation in the area.

Humans are the main threat to Savannas, and it’s all evident with the activities that affect the said biome.

For instance, the following activities humans do in the biome threatens its integrity:

These activities are only a few to name. However, all these things undeniably play a part in threatening Savannas.

The best solution to these things also lies in its cause – humans. Each government or authority over a certain Savanna should set some mandates or protocols regarding these matters. It’s the only way to prevent humans from continuously threatening the biome.

While exotic plants often get harvested by humans, some of them can produce a threat themselves.

For instance, some environmental plants can grow in the Savanna. Among these are the following:

Besides these exotic species, other plants can also affect the environment of Savanna. They are the following:

All these plants can affect the Savanna by harming and altering its environment and life cycle. For instance, such plants can be a doorway to frequent fire and making it worse.

Such plants can also add to the pressure on animals and give way to more competition for sunlight and water.

The last threat to Savannas is none other than Carbon Emissions. Carbon emission is simply the drastic increase in carbon dioxide in the atmosphere.

Such a drastic change with extra carbon dioxide can threaten Savannas in such a way that it becomes more than what is necessary.

The thing about Savannas is that it has a small number of trees and shrubs, and they need water more than grasses would.

As a result, the carbon, which isn’t necessary, adds up to the atmosphere, eventually devastating its composition.

Savannas face so many threats day by day, and it’s something we humans need to pay attention to immediately. The five threats to Savanna are heavy grazing, climate change, human actions, exotic plant effects, and carbon emissions.

These threats prove to have devastating effects if left unchecked. Thus, it’s not something we need to take lightly. Another thing is that all these threats go back to one leading cause – humans.

As the responsible ones, it’s a no-brainer that it’s on us to solve these threats. Thus, we should pay attention to ideal solutions together with a call to action. 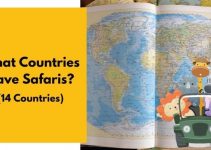 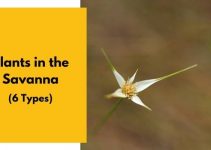 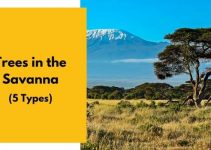