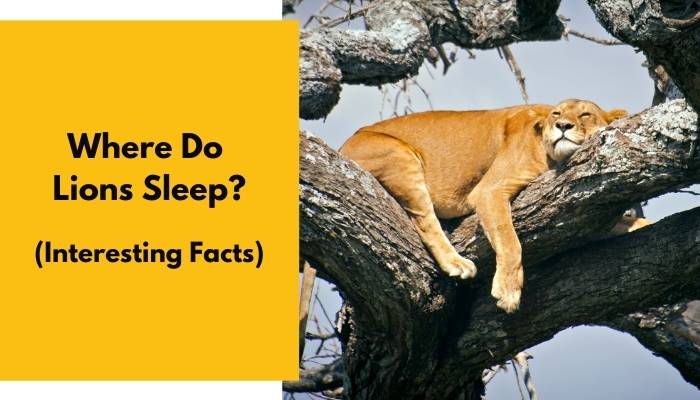 Where do lions sleep? The place where lions sleep is usually under shady trees. These animals are social animals, which means they rest among their pride. Moreover, they can sleep and rest for as long as 16-20 hours a day. Lions sleep under shady trees to cool themselves against the heat of their environment.

Lions are the laziest among all the big cats, and it is because they tend to sleep all day. These predators are usually active at night or when it’s raining, as these times are ideal for their hunt.

In this article, we’ll give you a rundown of all the things you need to know about lions and their sleeping habits. This way, you’ll know when they rest and how they do so.

Where do lions sleep in the wild?

The first thing to note is that lions don’t live in jungles where there’s a lot of shade. They live in open savannas where they hunt their prey.

This environment is almost always hot, which means they need to feel relaxed while they rest.

Savannas have large shady trees like acacia trees, and it’s where these animals spend their days.

Thus, if you wonder where lions sleep in the wild, you can usually find them under a shady tree, resting or snuggling with other lions.

Another thing to note is that lions are social animals. Thus, they usually rest under a shady tree and a group of lions, which we call pride.

Do lions sleep in trees?

Lions sleep under the cool shade of trees. As I said earlier, lions live in open savannas with lesser trees and vast open grasslands.

Such a type of environment can be pretty warm, and so lions tend to find shady areas such as under the giant acacia trees.

Although lions expose themselves out in the open when they rest, there are little to no worries since they rest in groups.

Lions are social animals, which means they tend to do things together as a group. While they hunt together, they also rest together.

For this reason, even resting out in the open becomes a safe place since no animal would dare to stalk and prey on a pride of lions.

Do lions sleep in caves?

Lions don’t sleep in caves. As I said earlier, these animals live in open savannas where there’s a massive amount of grasslands and a lesser amount of trees.

The reason is that the open savanna is a habitat of several potential prey for them. For instance, this habitat is home to mammals such as zebras, giraffes, gazelles, elephants, antelopes, etc.

It’s misleading to think that lions live in caves because of the infamous term ‘cave lion.’ It came as a term for these animals after finding some of their remains in a cave.

Although these animals probably died in caves, it doesn’t mean they live in one. It’s only inside caves that their bones get preserved best.

Do lions sleep in dens?

Lions don’t sleep in dens. Instead, these animals tend to rest under shady trees and out in the open savannas.

However, some of the females we call lioness may seek a den or a lair if she is about to give birth.

These mother lions tend to move far from the pride and seek some shelter in dens. This way, she takes the cub away from harm, as other members of the pride may hurt or kill them.

Where do lions sleep when it rains?

Since lions sleep under trees, you may wonder how they rest when it rains or even when they experience storms.

The thing is that lions usually stop resting and become more active when it rains or storms.

Lions see rain and storm as an opportunity to hunt their prey. Of course, a typical savanna doesn’t receive much rain or storm. However, when it does, lions would usually be on the move.

On typical days, lions hunt at night since their sight is more adept in the dark than other animals. Moreover, the darkness adds to the stealth.

When it rains or storms, the noise from both weather gives them a leeway to move freely and quickly. As a result, their target prey won’t notice them until they are so close.

For this reason, lions don’t sleep when it rains. It’s the best time for them to do their hunting.

You Might Also Read: How Long Do Lions Sleep?

So, where do lions sleep? The place where lions sleep is usually under shady trees. Lions are social animals, which means they rest together with their pride.

Lions tend to sleep and rest for as long as 16-20 hours a day. Further, they sleep under shady trees to cool themselves against the heat of their environment.

These animals don’t live in dens or caves. Instead, they live out in the open. Lioness, who is about to give birth, is the only one who finds a den for its cubs’ protection from the pride.

Lastly, lions don’t sleep when it rains or storms. Such kinds of weather are their ideal hunting time. The wind and rain make it even harder for their prey to notice them, resulting in a more successful hunt. 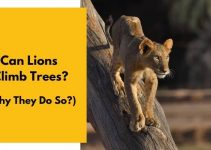 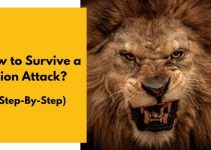 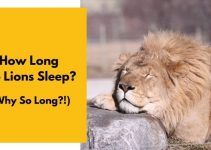