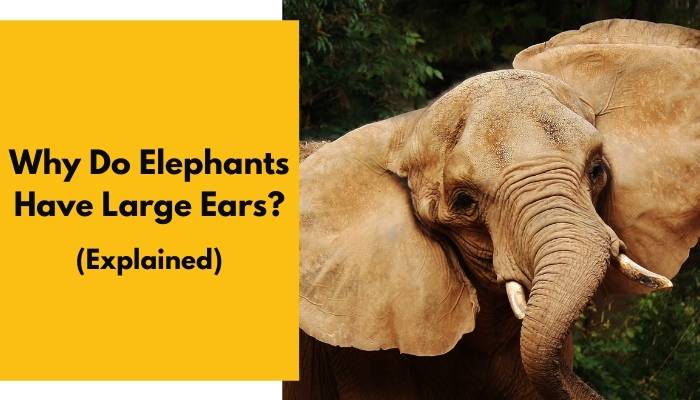 You can differentiate elephants from other animals because of their massive size, tusks, and trunks, and you should never forget their enormous ears. But what exactly is the reason why the ears of the elephants are so prominent? Let us find out.

Humans have other ways to regulate their body temperature. If humans are feeling hot, our defense mechanism is to sweat. Animals cannot sweat, especially elephants.

In return, this poses a fundamental question, how do animals, and specifically elephants, regulate their body temperature? We already know that an elephant is a giant. They have a massive body, and in return, they produce a lot of body heat.

The habitat of the elephants is also in a scorching climate, like Africa. This is why the elephants need to have a very effective way to get rid of their extra body heat to regulate their temperature. So for the elephants, they have their big sets of ears.

The ears of the elephants are not only for regulating their body heat. They can do so much more than that.

So with the coming sections, we will learn more about the functions of the elephant’s ears. Let us get started!

Why Do Elephants Have Big Ears Surface Area?

The first thing about why elephants have a big ears surface area is to regulate their body heat. Elephants live in a hot climate, and they are huge. As a result, elephants will have a lot of body heat that they should get rid of.

Related: Do Elephants Have Good Hearing?

Why Do African Elephants Have Big Ears?

Scientists have said that elephants have huge ears because of their living style and, among other factors. The ears of the African elephants can grow up to six feet in length and four feet in width. You must know that not all elephants have the same size in ears.

The habitat of the elephants can sometimes determine why their ears are shaped that way. The African elephants have more prominent ears because they live in a scorching climate, so they will need more enormous ears to protect them from the sun’s extreme heat. Asian elephants live in forests, so they do not need a massive ear.

Elephants use their ears so that they can stay cool. Humans have many ways to keep their bodies relaxed, but elephants have small ways.

But those big ears help the elephants stay cool. The African elephants have an average of two point five tons to seven tons, producing a lot of body heat.

How Do Large Ears Help The Elephant?

Elephants fan their ears so that they can cool their bodies. The ears of the elephants can also help them hear in long distances.

The elephants’ ears are built that way because of a more likely reason that they have excellent hearing. The elephants can hear six miles away from their position.

Do Elephants Have The Biggest Ears In The World?

The African elephant indeed has the most oversized ears among all the elephants in the world. African elephants live in a scorching climate, and they need their big ears to stay calm because of the extreme heat of the sun.

Do All Elephants Have Big Ears?

Well, the ears of all elephants are already big because, given the massive size of elephants, their ears can also be enormous. But not all elephants have the same size when it comes to their ears. If an elephant is still a baby, its ears can be considered small.

So according to experts, the ears of African elephants are much bigger than the ears of Asian elephants. Researchers also use the elephants’ ears to identify the kind of elephants they have at the moment. There are patterns, tears, nicks, and edges on the elephant’s ears that vary from one elephant to another.

How Did Elephants Evolve Large Ears?

They can flap their ears to help the cooling process of their bodies. Their ears also help regulate their body heat by making the excess body heat escape from their ears. 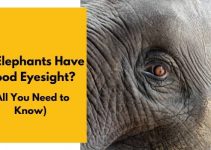 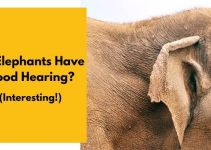 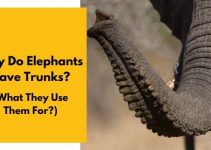